I found a great explanation of the way your immune system can be attacked, written by Dr. Kharrazian.  I wanted to share it with you all:

Let’s say you are a house. Like a house you have barriers that protect you from the outside world, the way windows, walls, a roof and doors protect the inside of a house. Except your windows and walls are your skin and the lining of your intestines, lungs, and brain. You can imagine what it’s like to live in a house where the roof leaks, the windows have holes in them, and wind can blow through the slats of the walls. The same thing can happen to your body when holes develop in its protective barriers. A cut in the skin is an obvious example. Less obvious are leaks that develop in the lining of the gut, the lungs, and brain due to stress and an unhealthy diet and lifestyle. After these barriers become leaky, it’s not wind or rain that gets in, but instead “antigens” — that is, undigested particles of food, bacteria, parasites, molds, or haptens, environmental toxins.

This intrusion triggers a wonderfully orchestrated immune response. The first units on the scene are macrophages, a Greek word meaning “big eaters.” These cells are stationed in body tissue and constantly on the lookout for intruders, poised to attack and sound the alarm whenever one enters. I like to think of them as overweight security guards carrying clubs but no guns. Although they are the first on the scene, they need help to overcome the antigen. The macrophage envelops the intruder, creating an antigen presenting cell (APC) that acts like a burglar alarm, summoning the rest of the immune system to come help. The first to respond to the alarm are T-helper cells, dispatchers who organize the attack. The T-helper cells send messengers to bring the elite police force — natural killer cells and cytotoxic T-cells to swarm the intruder and destroy it.

Back at central headquarters, police sergeants, T-regulator cells, monitor the scene to ensure there are enough T-helper cells and T-suppressor cells, cells that stop the immune reaction once an intruder is disarmed, and that they are doing their jobs. The immune system takes no chances at another attack, and assumes the intruder is a member of organized crime. T-helper cells fetch the detectives, B-cell antibodies, which attach to the intruder and put all his information into a memory bank. This identification process makes the natural killer and cytotoxic T-cells more efficient at recognizing and destroying the intruder if he comes around again. Although the natural killer and cytotoxic T-cells are like an elite S.W.A.T. team, they nevertheless also have poor vision and rely on the B-cells to spot intruders.

Reference:  Kharrazian, Datis (2010-02-02). Why Do I Still Have Thyroid Symptoms? When My Lab Tests Are Normal: A Revolutionary Breakthrough In Understanding Hashimoto’s Disease and Hypothyroidism 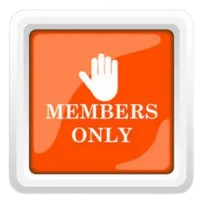